Another nice day for bridge. Only two tables, but a spirited game with some very interesting hands. Congratulations to Jane and Sue and John and Walter for a tie for the top at 52.78%. No one really was in the groove today. You all did very well, considering some difficult hands,

Everyone have a Merry Christmas. I hope to see you next week for our Boxing Day free special. 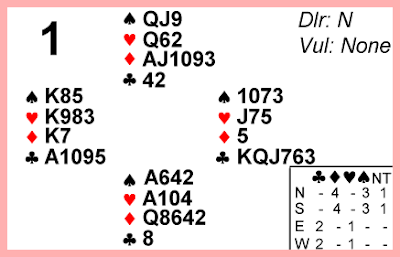 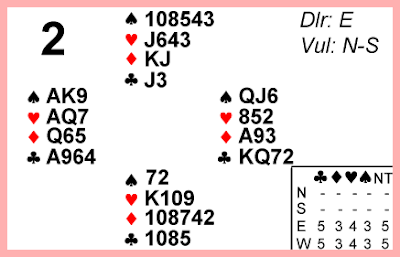 East passes and West opens 1 Club, intending to rebid 2 No Trump. East must respond with his 12 HCPs, but has no easy bid. He considers No Trump, but he is too strong for 1 No Trump and too weak for 2 No Trump. He considers raising Clubs, but he is too strong for 2 Clubs and a jump to 3 Clubs would promise a 5-card suit since West might only have a 3-card suit. He considers a "Tactical Bid" of 1 Diamond to force West to describe his hand and perhaps show him the way.
East narrows it down to the tactical bid of 1 Diamond or a jump to 2 No Trump (Partner won't expect him to have 13-15 HCPs since he has already passed). If East does the former, West will jump to 2 No Trump to show his balanced hand and 18-19 HCPs and East can raise to 3 No Trump. If East does the latter, West will probably settle for 3 No Trump and East can pass. If West gets carried away and invites with an invitation to 4 No Trump, East can pass and still make it. 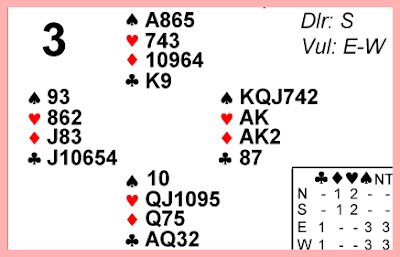 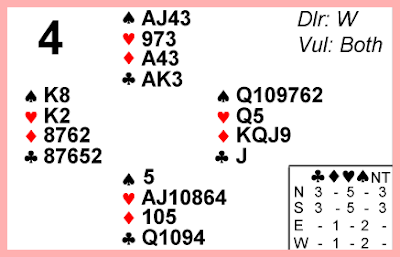 North opens 1 No Trump with his balanced hand and 16 HCPs and East should pass. South responds with 2 Diamonds, the Jacoby transfer and North bids 2 hearts as directed. South reevaluates to 13 points and raises to 4 Hearts. North should make it for a good score. 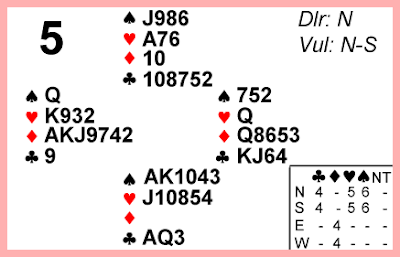 It floats to South who opens 1 Spade. East overcalls 2 Diamonds and North raises to 2 Spades. East competes to 3 Diamonds. South reevaluates to 18 points and jumps to 4 Spades. West reevaluates to 20 points and bids 5 Diamonds with his favorable vulnerability. He figures that he can go down several and still be better than letting the opponents play 4 Spades. Unfortunately for him the opponents didn't make their game and he got a bottom.
Good sacrifice, bad luck! 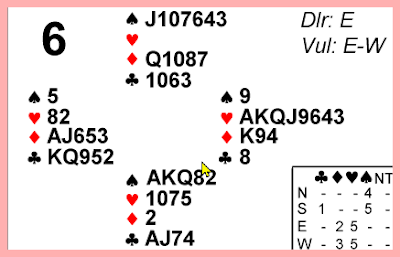 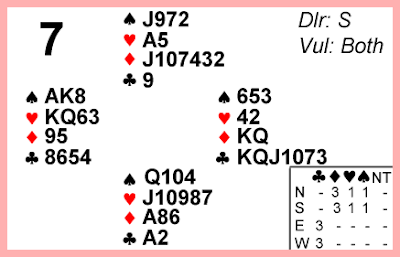 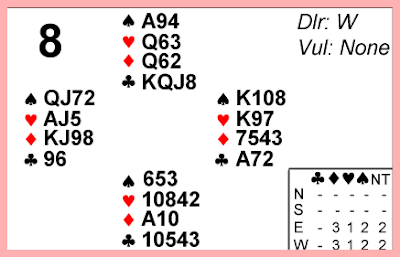 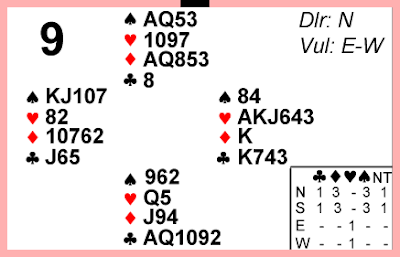 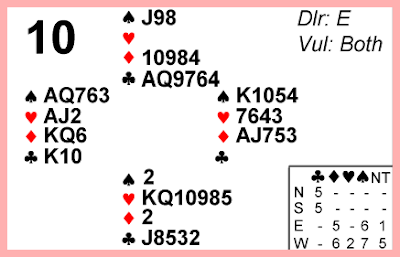 This is a hard hand to get right. East passes and South stops to think. His Hearts qualify for a weak-two bid, but his hand has potential with the 6-5-1-1 distribution. Let's suppose he does open with 2 hearts. East has a balanced hand with 19 HPs. He was prepared to open 1 Spade with the intention of rebidding 2 No Trump, but East's bid has killed that. He doubles for takeout with the intentional of rebidding to show the Big Double.
Now North has to stop and think. He could pass, but if partner has support for his Clubs there is a chance for game. He also hopes to interfere with the opponents, so bids 3 Clubs. East bids 3 Hearts, a cue bid, promising good support for both unbid suits and telling partner to pick a game. South has great support for partner's suit and adequate points, so raises to 5 Clubs.
Now it's back to West. He reevaluates to 21 points with partner's support for Spades. He sees a double fit which makes both partners stronger. He stops to ponder competing to 5 Spades, but that doesn't really show his strength so he just bids the slam. It makes for a great score and a much brighter day. 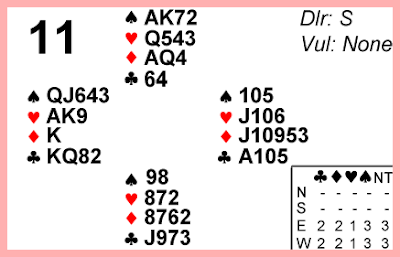 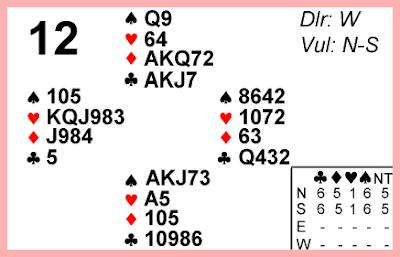 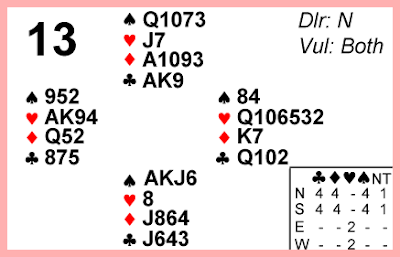 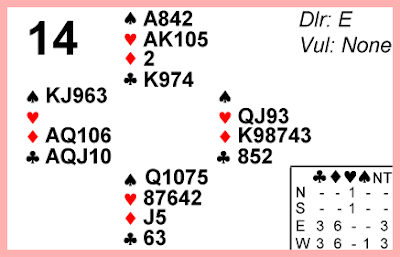 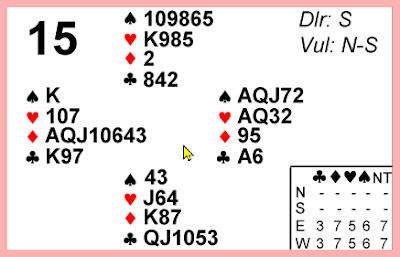 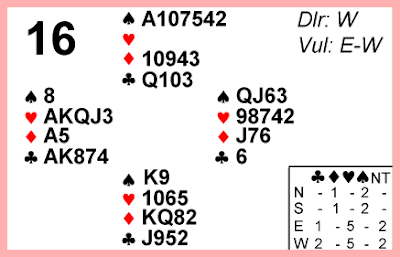 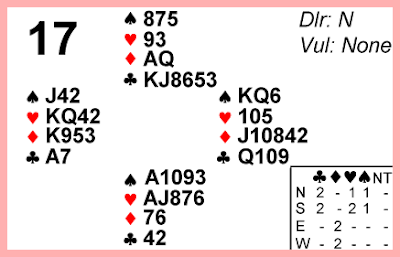 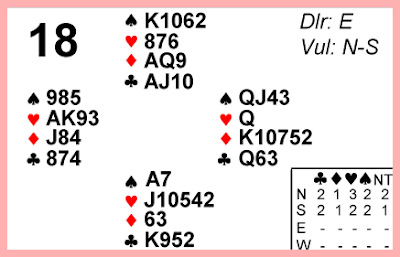