A little chillier, but still nice. Congratulations to Sue and Martha for a nice 55.56 for their first top. You've all done very well.

I will add comments to several boards that were requested. Be sure to have a look.

Next week we'll start the worksheets for Lesson 4. Be prepared with any questions.

See you then,  Dave 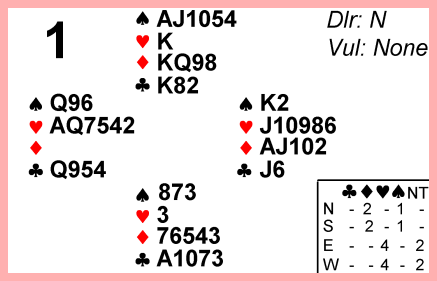 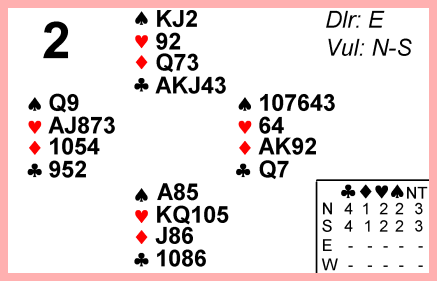 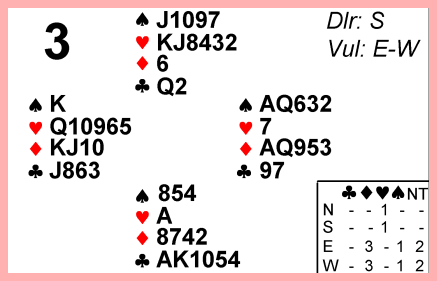 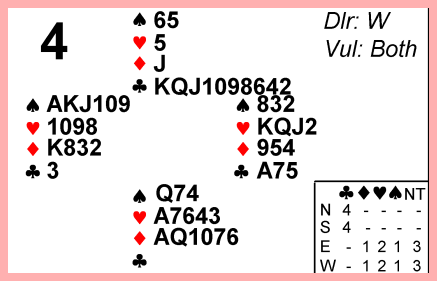 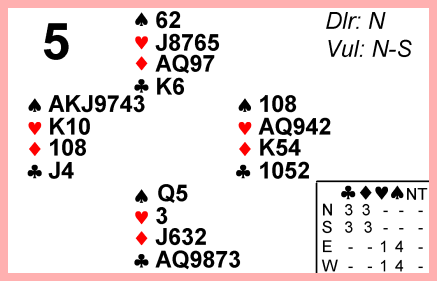 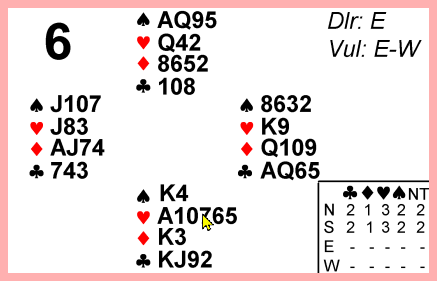 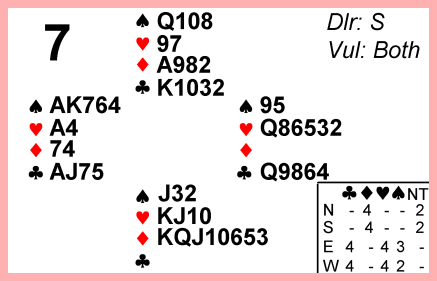 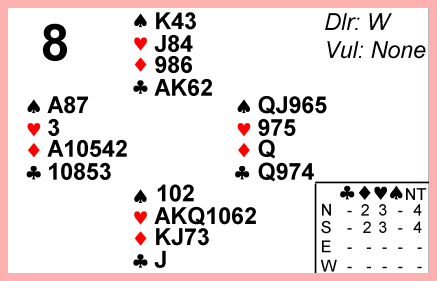 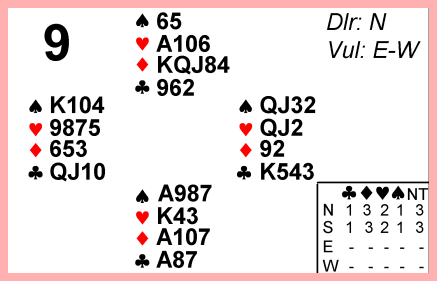 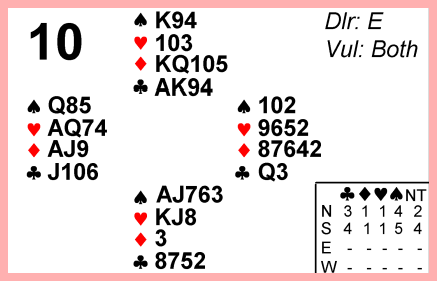 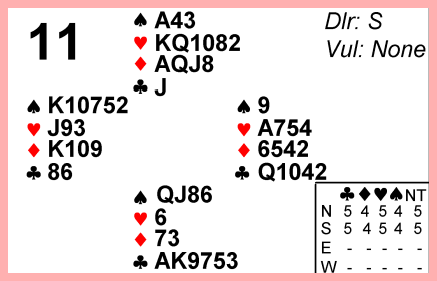 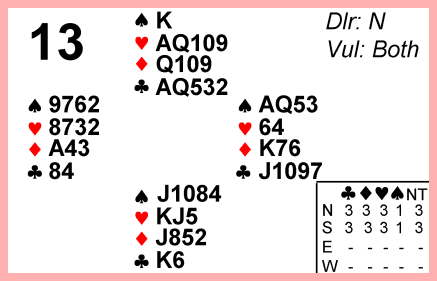 North opens 1 Club and South responds 1 Diamond. North rebids 1 Heart and South rebids 1 Spade. North now wants to be in No Trump, but how many? He has 17 HCPs and, since partner passed originally, sees him with 6-12. If North bids just 1 No Trump, partner will surely pass, so he invites with 2 No Trump. South will probably go to game with his 9 HCPs.
The computer makes 9 tricks as does Herb, but Sue fell one short. The defenders can get 2 Spades and 2 Diamonds. Can you see how to get the rest? 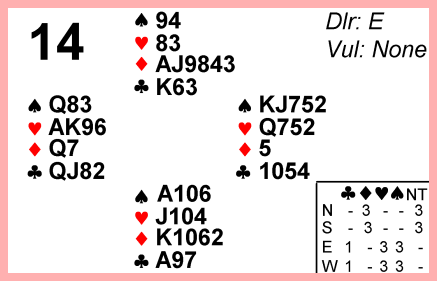 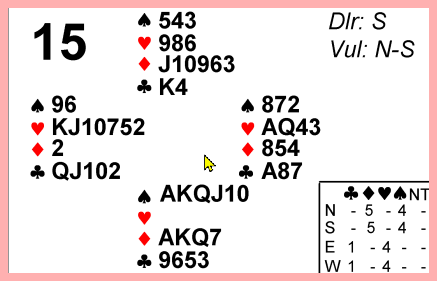 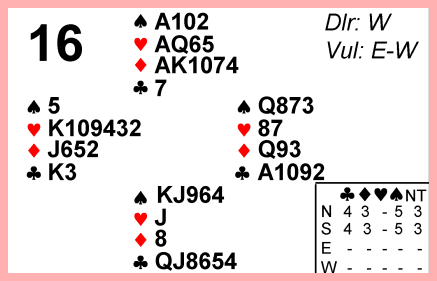 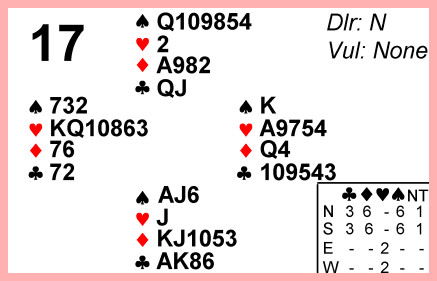 North doesn't meet the criteria for a weak-two bid, so passes. East passes and South opens 1 Diamond. West jumps to 2 hearts, weak, and North responds 2 Spades with his 11 points and 6-card suit. East may or may not sacrifice to to try to keep the opponents out of game. South has 18 points and Good support for North's 5-card or longer suit and 10 points or more. South will not be kept out of game and wonders about slam. He ponders a jump to 4 No Trump, Blackwood, to check the Aces and wonder about the points or a jump to 5 Spades, inviting, to check the points and wonder about the Aces.
South may just bid 4 Spades and take the sure game, but he must take 12 tricks to even tie for top anyway. If he jumps to 4 No Trump, partner will show 1 Ace and he will probably go to the slam. If he jumps to 5 Spades, partner will reevaluate to 14 points and he will probably go to slam. You'll probably be more aggressive after you've had the lesson on slam bidding. 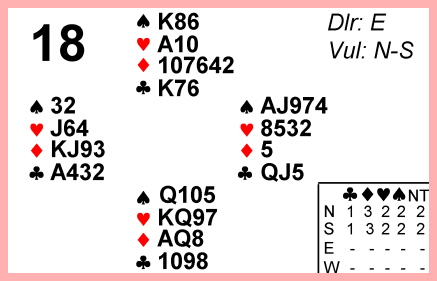