A gray day, but nice for bridge. Congratulations to Jane and Bill for a nice 61.81% for today's top. You've all done very well.

Next Monday you'll continue with Competitive bidding with Skip. Be nice for him. See you for the game. 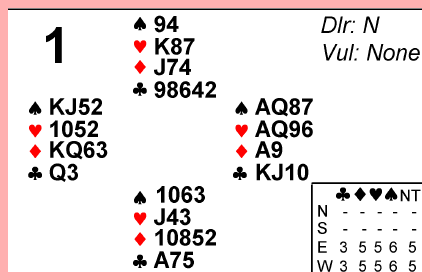 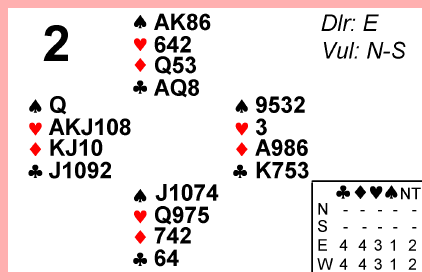 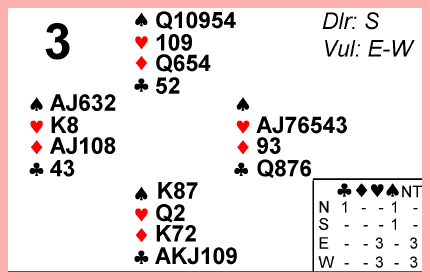 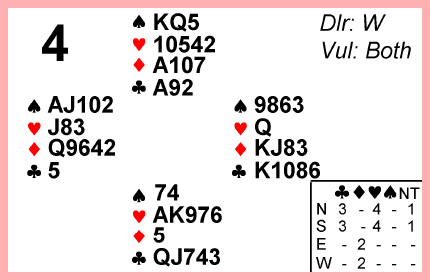 West passes and North opens 1 Club with his 13 points and no 5-card major. East passes and South must respond 1 Heart with his 13 points. He must respond his 4-card or longer major before he raises a minor! North raises to 2 Hearts with the fit and his minimum opening. South reevaluates to 15 points with the 5-4 fit and the singleton and raises to game. He loses the Ace of Spades, Jack of Hearts and King of Clubs and takes the rest for the top. 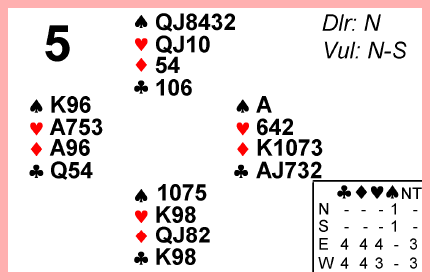 North lacks the two out of three top honors he needs to bid a vulnerable weak-two, so passes. East opens 1 Diamond with his 14 points, South passes and West must respond 1 Heart to force partner to describe his hand. East rebids 2 Clubs to show his two suits and probably 13-16 points since he didn't reverse. West has enough for game and no apparent fit, so rebids 3 No Trump. Whatever North leads, Declarer must stop to count and plan.
Declarer sees 6 top tricks; the Ace-King of Spades, the Ace of Hearts, the Ace-King of Diamonds and the Ace of Clubs. He can't be sure of 3-3 fits in Hearts and Diamonds, so needs to set up the Clubs for 3 more tricks. He may have to give up the lead so he must keep a death grip on his stoppers. When he gets the lead, he will attack the Clubs immediately. He must set up his 9 tricks before he cashes any stoppers. If he does this he will make his contract for a good score. 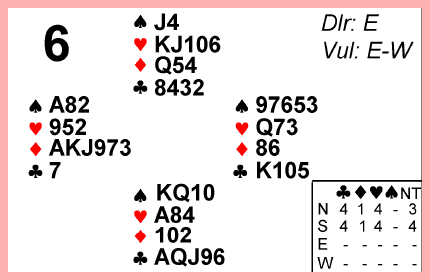 East passes and South must open 1 No Trump. West stops to count and think. Normally, to overcall 1 No Trump, he wants to have at least as good a hand as opener. He sees only 3 sure tricks, but if South has the Queen of Diamonds for his opening, he might get 7 tricks. He might then get 8 tricks with partner's help, but then he would also set South. He decides to pass as does North and East.
West leads a high Diamond as would every West in the world with the Ace-King-Jack atop a 6-card suit. Declarer stops to count and plan. He sees that he needs the Club finesse to have a chance, so wins the third Diamond with the Queen and immediately leads a low Club from the dummy and covers East's play with the King or Jack as needed. He breathes a sigh of relief when it holds. He can run the suit if East played the King, but must return to dummy's King of Hearts to lead another Club otherwise. He can try for more, but has 7 tricks for his contract.
I have no idea how two pairs ended up in Hearts. Ugh! 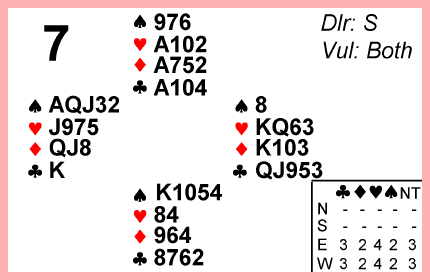 South passes and West opens 1 Spade with his 5-card suit and 13 points. East responds 2 Clubs with his 5-card suit and 11 points to force partner to describe his hand. West rebids 2 Hearts to show his two suits and 13-18 points. East stops to reevaluate and think. He now sees a fit and 13 points and raises to 4 Hearts. It makes and two pairs must sing the Reevaluation Blues. Always stop to reevaluate before every bid or you may toss away easy games. 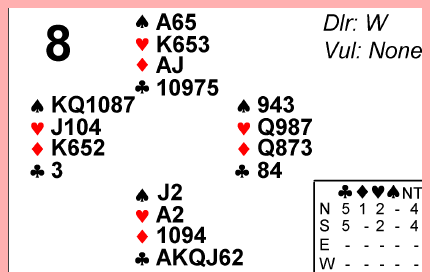 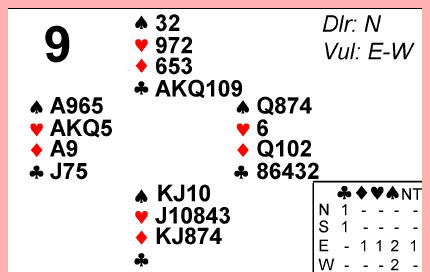 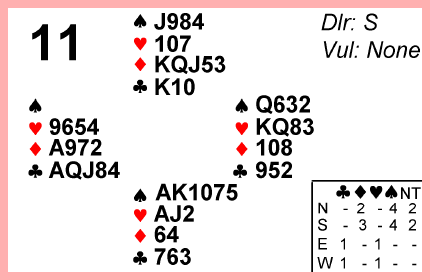 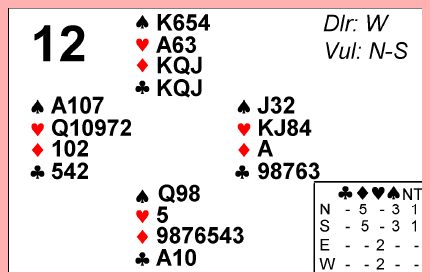 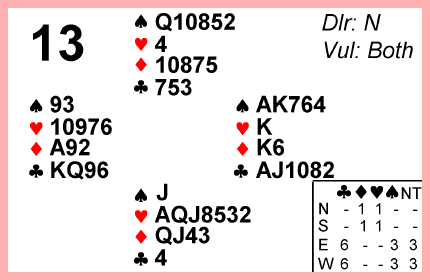 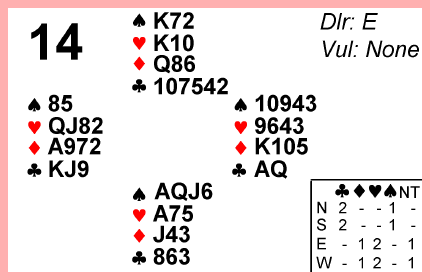 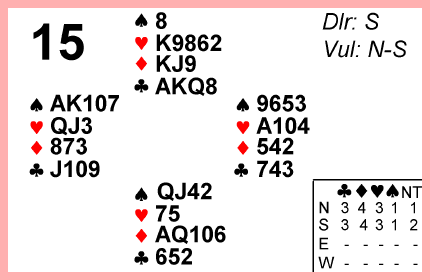 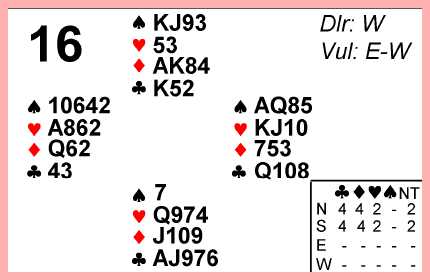 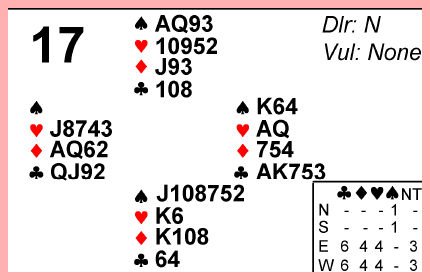 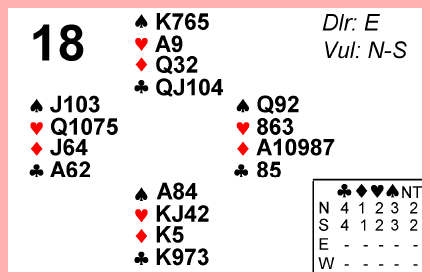