A good drizzly day for bridge. Congratulations to Jane and Bill for a very nice 65.28% for today's top. You've all done very well.

Next week we finally start Lesson 3, No-Trump Opening Bids. You'll love No Trump. You know what the opener has and responder has systems to steer the bidding to the best contract. All that and you get more points for less tricks. What a deal!

Try extra hard to not miss these lessons. See you next week. 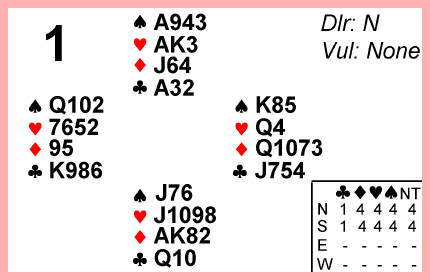 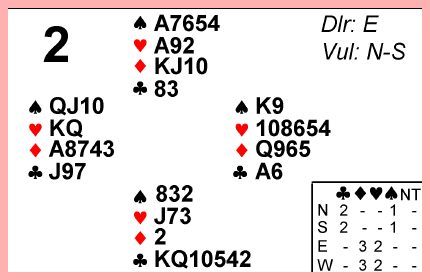 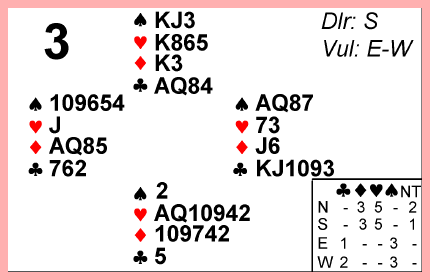 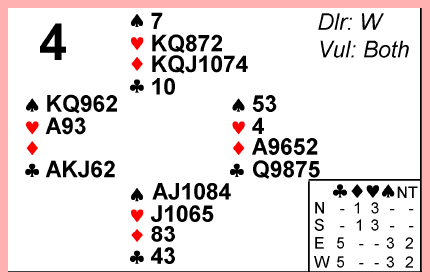 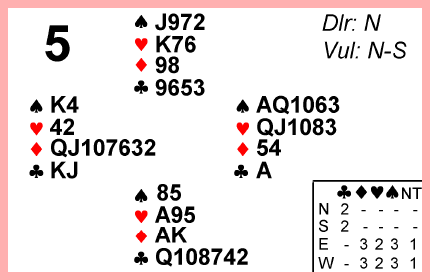 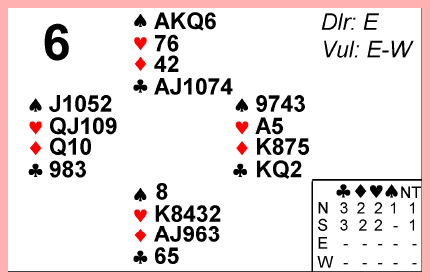 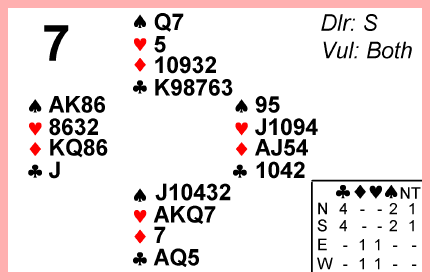 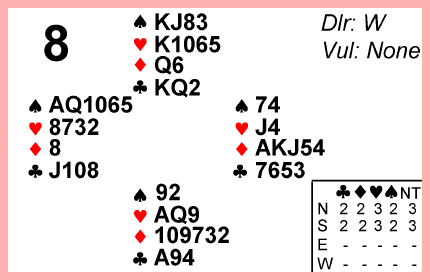 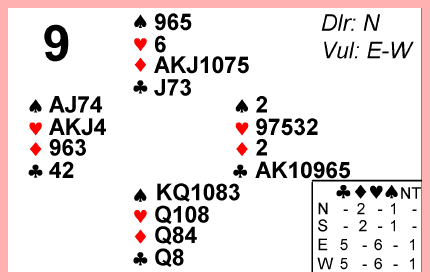 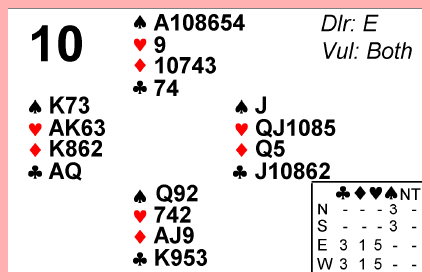 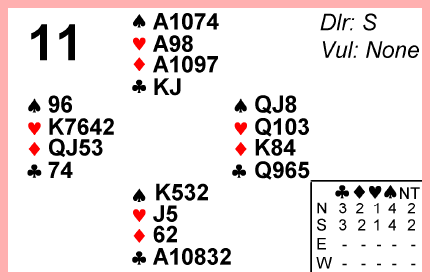 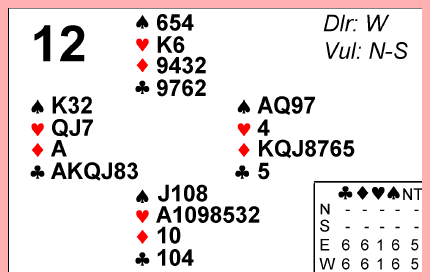 Several players asked me how they could bid slam on this board. I should have told them to ask Bill since he's the only one who did.
The players who were asking had bid 3 No Trump and made 12 or 13 tricks. I can start by telling them that they should not have bid 6 No Trump. It's certainly not a good idea to bid slam in No Trump missing the Ace, King of a suit.
Let's suppose West opens 1 Club and partner forces him to describe with 1 Diamond. West has enough for game, but has no forcing bid short of game. If we rule out 3 No Trump, West must risk partner's pass and raise to 3 Diamonds to show his 6 Clubs and 17 or more points. He has enough for game in a minor, but needs partner to have more for a slam. He also has no forcing bid short of game and if he bids game in Diamonds or Spades, partner may pass. His most natural bid is 4 Diamonds, showing 10 or more points, 6 or more Diamonds and poor support for Clubs. Not great.
It works out better if West opens 2 Clubs even though he is short of the normal 23 points with a 6-card suit. East will be thinking slam right away, but respond 2 Diamonds to let partner describe his hand. West will rebid 3 Clubs and East will rebid 3 Diamonds forcing to game with good Diamonds and questionable Club support. West will rebid 4 Clubs showing a solid Club suit and questionable Diamond support and East will then pick a slam. Either one makes for a good score.
Not an easy hand to get right. It's even worse if an opponent stumbles into 6 No Trump and makes it when the defenders don't get their winners. They should be more apt to lead Hearts against a slam, because either defender should see that their only chance is to lead Hearts. 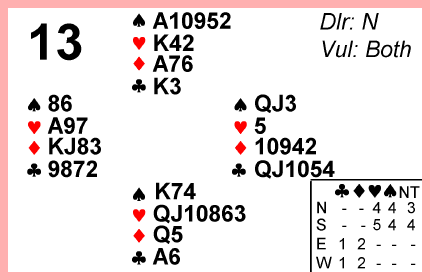 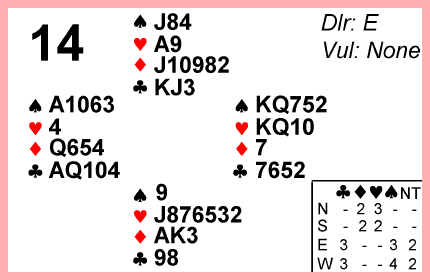 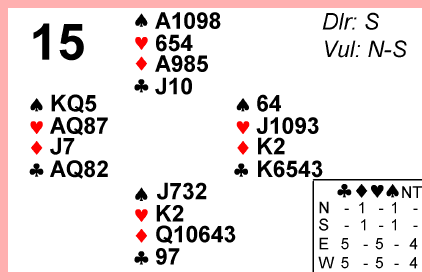 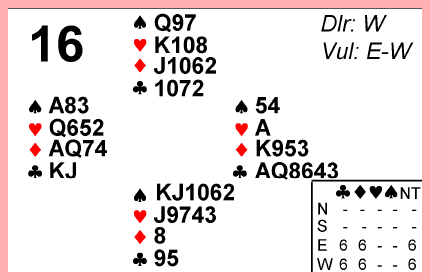 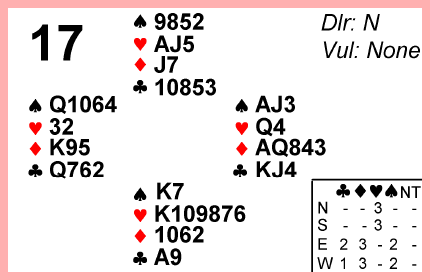 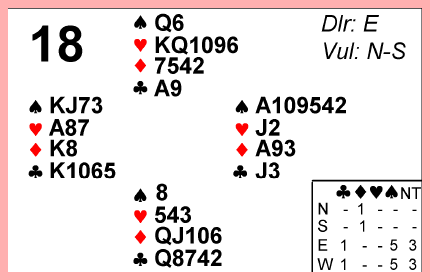