Another lovely spring day! Congratulations to John and Bill for a nice 62.5% for the top. You've all done very well.

I will try to post comments on some of the boards. Check back tomorrow to see if I've come up with anything helpful.

We'll continue with the One-of-a-Suit Openings worksheet next week. Don't miss it. 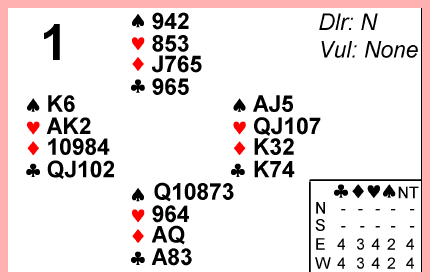 North passes and East counts 14 HCPs and opens 1 Club. South passes and responds 1 Diamond to force partner to describe his hand. North passes again and East rebids 1 Heart to show his 4-card major and 13-28 points. West sees enough for game and doesn't want to bid anything that partner can pass. He has no forcing bid, so just bids 3 No Trump. If he bids 1 or 2 No Trump, partner will pass with his minimum. It should make plus 1, but John stole an extra overtrick for the top. 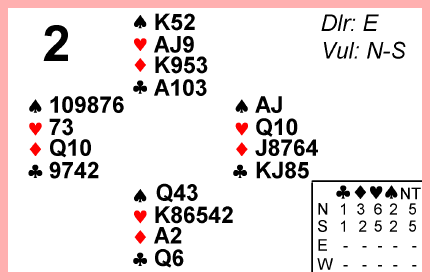 East must pass with his poor 12 points as does South. West also passes and North opens 1 No Trump with his balanced hand and 15 HCPs. East again passes, South responds 2 Diamonds, the Jacoby Transfer,  and North rebids 2 Hearts as directed. South knows that partner must have at least 2 Hearts, so he reevaluates in the suit at 15 points and ponders slam. He has two options to get more information: Blackwood that checks for Aces and a slam invitation with 5 Hearts. Both of them are in Lesson 8 which is far off, so you'll  probably just settle for game.
The two pairs who didn't get to game will soon have a good handle on this. They'll never do that again! 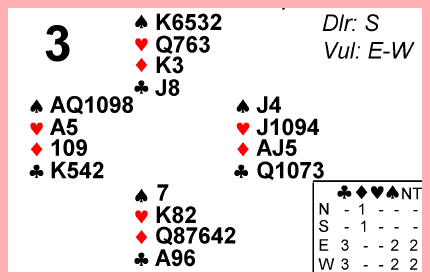 South passes and West opens 1 Spade with his 5-card suit and 15 points. East has too much to pass and not enough to respond at the two level, so must respond 1 No Trump. West passes and the contract should make, although 1 bids can be hard.
Martha made it for the top. Good job! 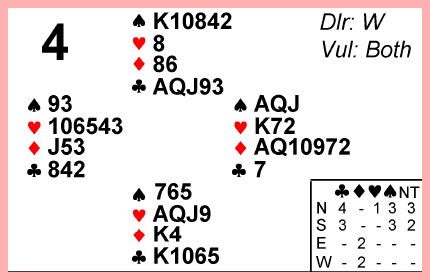 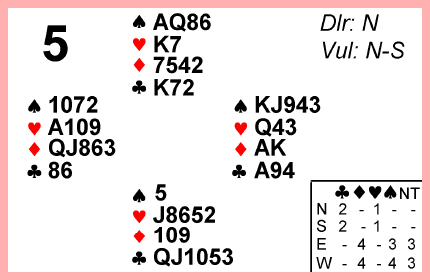 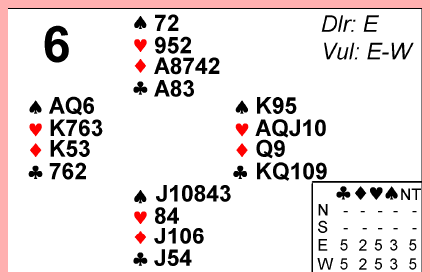 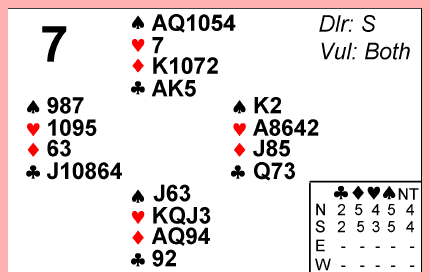 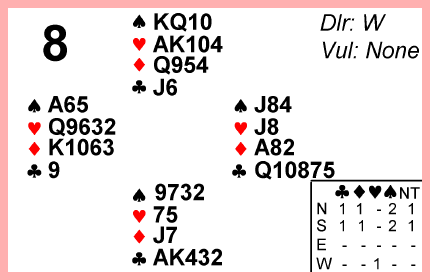 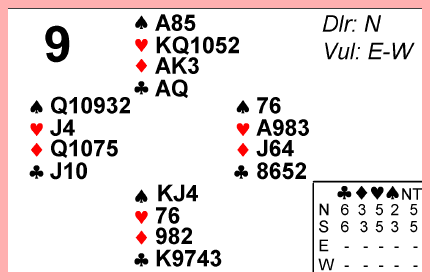 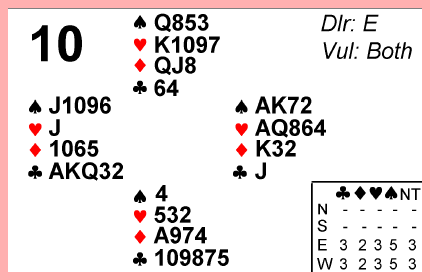 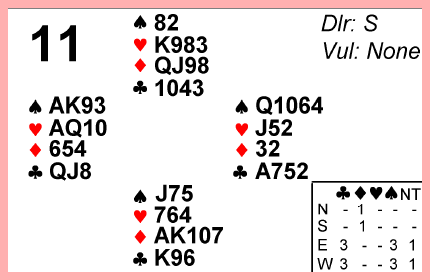 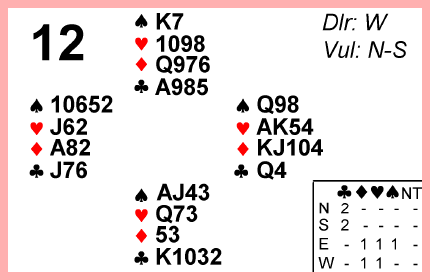 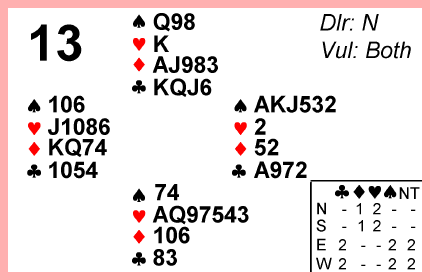 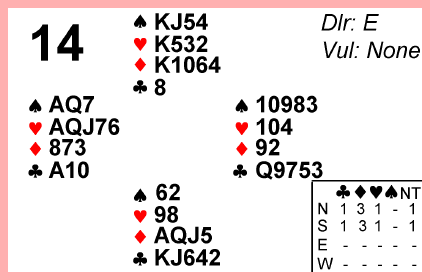 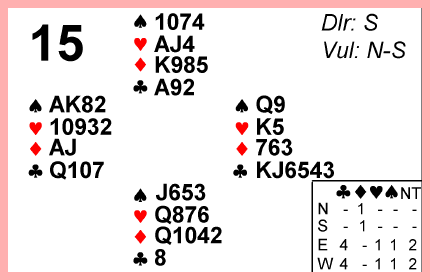 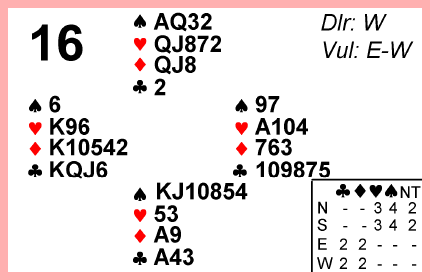 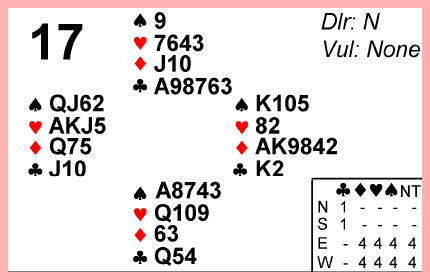 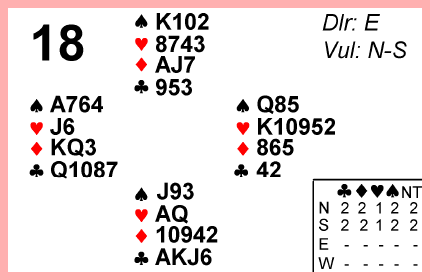